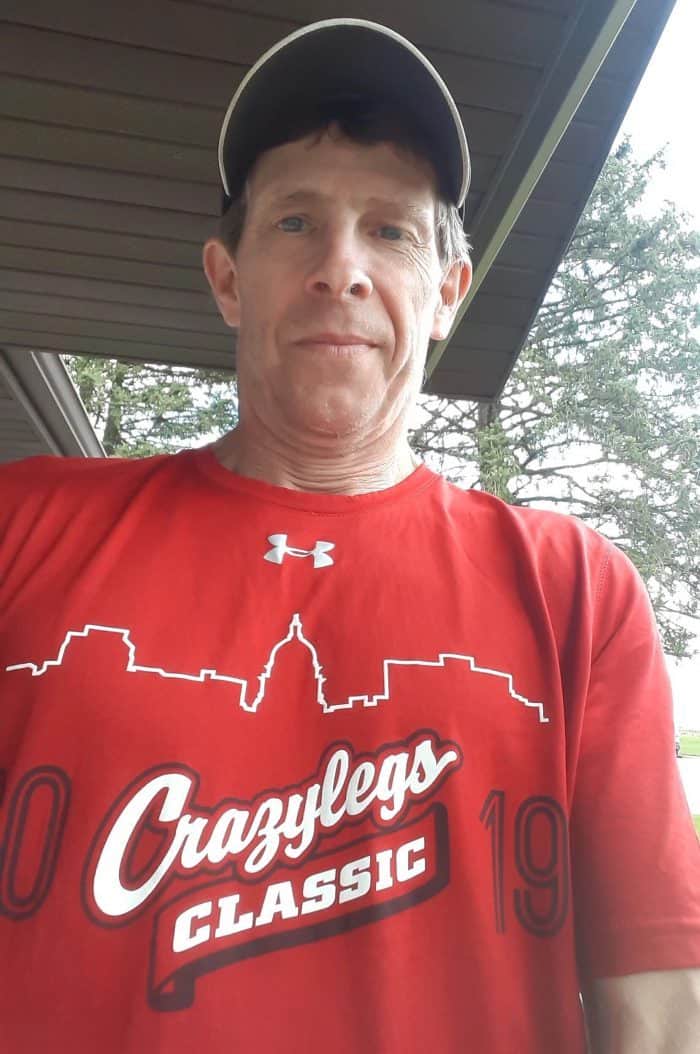 Jim Kreul is at the starting line of the Crazylegs Classic, an 8K run that raises funds for the University of Wisconsin-Madison Athletic Department.

With bad weather forecasted and only a month of training under his belt, he wasn’t sure if he would ever return. The race, for him, will certainly be interesting.

But what’s even more interesting is how he got here.

Growing up, the Fennimore, Wisconsin native spent his days working on the family farm, playing sports in his spare time. Old habits die hard – as Jim continued his active lifestyle by taking up running after his playing days were over.

He finds purpose in physical activity – but knows that true wellness is about more than staying active.

“I’m a pretty firm believer that a healthy body, will generally lead to a healthier mind,” Jim said.

His doctor revealed that years of an active lifestyle contributed to bone-on-bone arthritis. Jim was going to need a hip replacement.

After countless nights of constant pain and sleep deprivation, in June 2016 he finally decided to have the surgery.

After a successful procedure, Jim wasn’t sure if he’d ever compete again. But, after some nudging from his friends and good progress in his recovery, Jim made up his mind. Three short years after getting his hip replaced, this year he’d finish the Crazylegs Classic in under 40 minutes.

“Just to see if I could do it,” Jim said. “I like to challenge myself in certain things.”

Preparation wasn’t easy for the solutions specialist, but being employed by a company that supported his efforts helped.

“Great Lakes, before Nelnet acquired them, was always thinking about that aspect of trying to get us to be healthy,” Jim said. “And I think Nelnet has gone even further with it, which is great.”

Nervously laughing, Jim recalls the moment he told his doctors about running the race.

He wants to reassure people that his story is an extreme – you don’t have to run a race after having a total hip replacement in order to stay healthy.

“Main thing is just to remain active,” Jim said. “That always keeps your mind going too.”

Back at the Starting Line

Jim takes a deep breath in, then exhales. Finally, he’s off.

Any doubt in his mind is gone. A seven-year hiatus? Total hip replacement three years earlier?

None of it mattered. All that’s left is the race.

38 minutes and 48 seconds later, the 59-year-old placed sixth in his division – he had finally achieved his goal.

How did he feel?

“Satisfied,” Jim said. “I think satisfied would be a good word.”

Learn more about how the Crazylegs Classic and how it’s become a staple in the Madison Community.