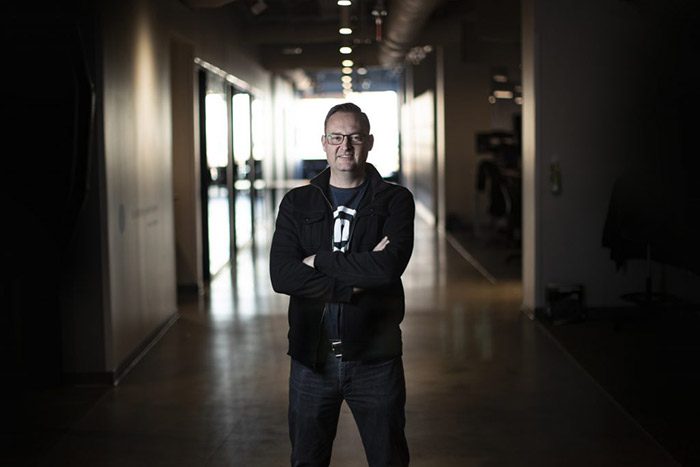 Innovation from the Inside Out: Meet Brian Ardinger

From a young age, Brian Ardinger always thought of himself as an entrepreneur. In school, if you were a kid in the market for baseball cards or comic books, Brian was your guy. But perhaps his most lucrative childhood venture came in the form of the humble frozen pizza.

Each week, Brian’s mother bought frozen pizzas for Brian and his brother to cook for their lunches. Instead, Brian took to the school halls and sold slices to his friends. Since he didn’t have to pay for inventory, it was a pretty sweet deal — until his mother realized that even two growing boys couldn’t go through that many pizzas in one week.

Since then, Brian’s come a long way.

After Brian graduated with an MBA from Penn State University, his career took him across the globe. He spent years working in Asia and, for a time, explored innovation in Silicon Valley. Eventually, he wanted to make innovation more accessible.

So, Brian founded Inside Outside, an “innovation community” for entrepreneurs, tech gurus, and anyone interested in new ideas. Inside Outside has grown to include a weekly podcast, monthly networking meetings in Lincoln, and the Inside Outside Innovation Summit, which, in its second year, united hundreds of corporate leaders, startups, and entrepreneurs in a celebration of innovation.

“That’s part of what Inside Outside is all about,” said Brian. “Creating an opportunity for companies to get together with startups and learn from each other.”

With about 25 years of experience in technology and corporate innovation, Brian has worked with companies like Harley Davidson, John Deere, and Royal Caribbean to help create those opportunities and relationships — sometimes, from the ground up. Now, he’s doing similar work at Nelnet.

“Nelnet is one of the few businesses out there that really emphasizes innovation both inside and outside of the company,” said Brian. “At the second Inside Outside conference, I was approached with the opportunity to work at Nelnet while still running Inside Outside.”

Now, as a Nelnet associate, Brian’s work is just beginning. To the untrained eye, the concept of innovation may seem simple, but Brian believes there’s more to the notion than many believe.

“Innovation isn’t about throwing an idea over the wall to see if people on the other side can figure it out,” said Brian. “It’s about making innovative ideas accessible to everyone, then determining which ideas are going to work early on rather than spending time on something that won’t.”

Brian feels strongly that associates from every level should be comfortable thinking of new ideas and bringing them to the table, and companies should feel comfortable listening. He also believes that business should be flexible enough to welcome outside partnerships with organizations both large and small.

After countless hours of working, experimenting, and growing, Brian has learned quite a bit, and continues to share his knowledge through speaking opportunities in college classes and professional events.

“To students or young college graduates, [I recommend to] go work for a startup. You’ll have the opportunity to try new things and wear a lot of different hats because there’s often not many people working there,” said Brian. “I wouldn’t say that every person needs to be on top of every single trend, but I do think it’s good for all associates to have a little bit of an entrepreneurial spirit.”

Ideas are a funny thing. Sometimes they involve frozen pizza, other times they lead to industry-changing technology. Just as each idea is unique, the inspiration for each idea may be influenced by any number of things. Be vigilant and never stop thinking. Get involved in your community and your office.

Most importantly, know this: no matter your age, it is never too late to learn new skills and grow professionally and personally.

Want to learn more about Inside Outside? Visit the website or listen to the podcast. 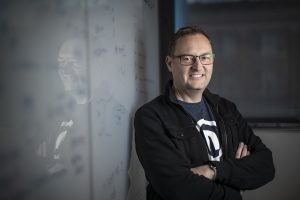 Pursuing opportunities for diversification and growth