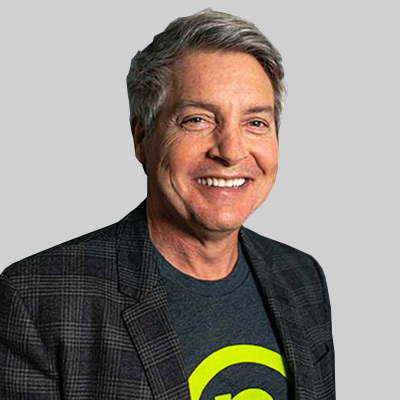 Executive Chairman of the Board

Michael S. Dunlap, Executive Chairman of the Board, established the company that would become Nelnet with Stephen Butterfield in 1996. Mr. Dunlap previously served as Chairman and CEO of the company (co-CEO with former Vice Chairman Butterfield 2003-2007) from its inception.

Mr. Dunlap serves in different leadership capacities for many organizations, including Union Bank & Trust, Raikes School Board, and Capital Casualty Company, among others. 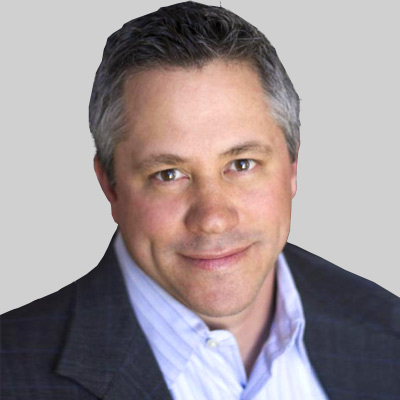 Jeffrey R. Noordhoek serves as Nelnet’s Chief Executive Officer. In this capacity he leads the executive team in the development and execution of corporate strategy and is responsible for the company’s financial performance and growth. He also directly leads the Nelnet Diversified Solutions (NDS) loan servicing division and is focused on the acquisition and development of talent across the enterprise.

Mr. Noordhoek’s leadership foundation is based on the strength of Nelnet’s five Core Values with a high concentration on the top three: customers are #1, create an environment in which associates can do what they do best, build a diversified education services company. These Core Values plus his focus on a culture of open communication with all constituents of the company drive Mr. Noordhoek’s vision for Nelnet. 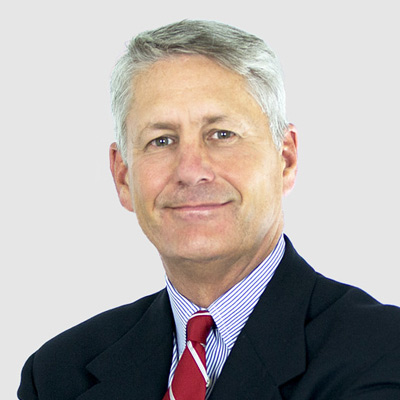 Timothy A. Tewes serves as President of Nelnet, where he leads both Nelnet Business Solutions (NBS) and Nelnet Enrollment Solutions (NES). He also provides oversight and insight on all sales functions, and works within the organization to encourage growth and collaboration.

Mr. Tewes earned a master’s of business administration as well as a bachelor’s in agriculture business from the University of Nebraska—Lincoln. Mr. Tewes has been active in many capacities for the United Way of Lincoln and Lancaster County. 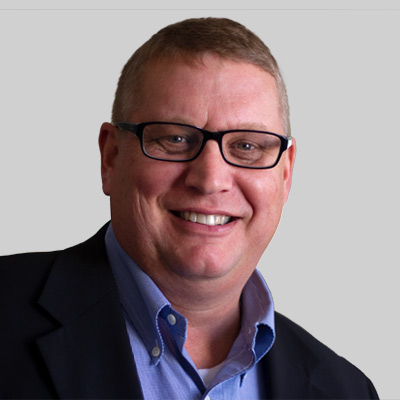 Previously, Heimes occupied the roles of Chief Financial Officer and Executive Director of Corporate Finance and Legal Services. Heimes served as Director for Nelnet from March 2001 until August 2003. In October 1998, Heimes became the Vice President of Finance for National Education Loan Network, Inc., a subsidiary of Nelnet. Heimes has also worked for the public accounting firm of KPMG LLP in Lincoln, Nebraska, as a manager in the audit department.

It starts with the people. We have great people who are truly focused on creating and adding value while serving our customers. When you add a long-term focus and resources to that we can really do great things. 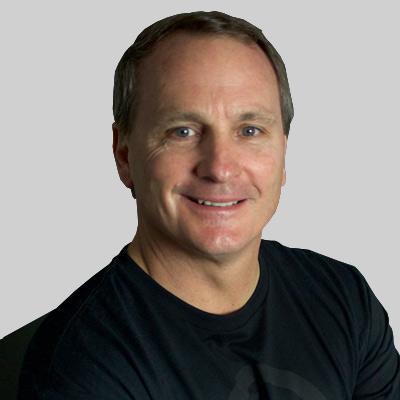 Jim Kruger is Nelnet’s Chief Financial Officer, a role in which he is responsible for student loan asset generation and management, corporate accounting and tax, financial reporting, mergers and acquisitions, and the Innovation Hub.

Previously, Mr. Kruger served as the company’s Controller from 1998-2013, where he was responsible for, among other things, the company’s accounting activities, financial statement preparation, and SEC compliance reporting.

Before coming to Nelnet, Mr. Kruger worked as Senior Manager at KPMG Peat Marwick from 1986-1994, before moving to NEBHELP, which was acquired by Nelnet in 1998.

Mr. Kruger received his Bachelor of Science in Business Administration from the University of Nebraska—Lincoln in 1986. He is a CPA in the State of Nebraska, and is a Norris School Board of Education member and treasurer of the Norris Athletic Booster Club. 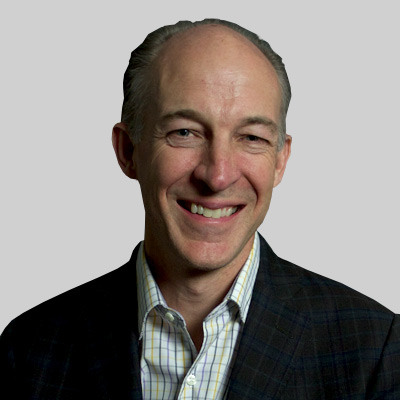 Bill received his undergraduate degree in broadcast journalism in 1990 and his Juris Doctor in 1994, both from the University of Nebraska—Lincoln.

He works closely with the Board of Directors and its committees, and in addition to managing all legal issues for the company, also oversees risk management, security, compliance, and information governance activities.

Executive Chairman of the Board

Michael S. Dunlap, Executive Chairman of the Board, established the company that would become Nelnet with Stephen Butterfield in 1996. Mr. Dunlap previously served as Chairman and CEO of the company (co-CEO with former Vice Chairman Butterfield 2003-2007) from its inception.

Mr. Dunlap serves in different leadership capacities for many organizations, including Union Bank & Trust, Union College, Vision 2015, and Capital Casualty Company, among others. 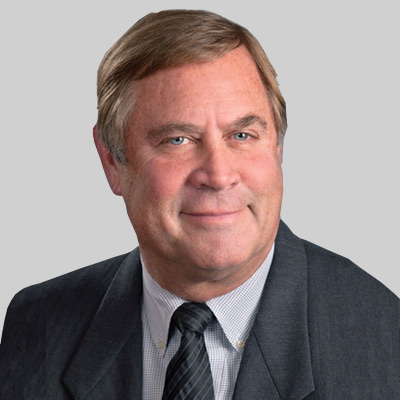 James P. Abel has been a member of Nelnet’s Board of Directors since August 2003. Mr. Abel had previously served as a Director of NHELP-I, Inc., a Nelnet subsidiary, for three years until August 2003.

Mr. Abel received a B.S. degree from Arizona State University in 1973. Since 1983, Mr. Abel has served as President and Chief Executive Officer of NEBCO, Inc., a Lincoln, Nebraska-based company with interests in the manufacturing of building materials, construction, insurance, mining, railroading, farming, and real estate.

Mr. Abel serves on the Boards of Directors of Ameritas Life Insurance Corp. and Linweld, Inc., and is an Advisory Board Member for US Bank Lincoln. He is Chairman of the Nebraska Game & Parks Foundation and is on the boards of the University of Nebraska Foundation and Nebraska Wesleyan University.

A committed board member, Mr. Abel serves on the Talent Development and Compensation committee, the Compliance committee, as well as the Nominating and Corporate Governance committee. 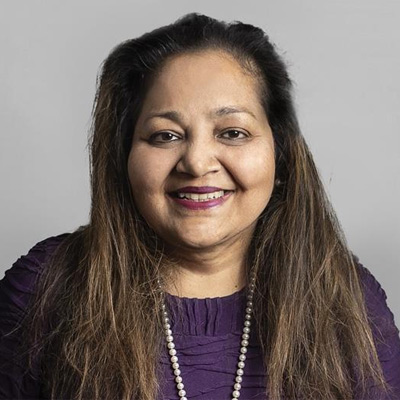 Preeta D. Bansal has served as a member of Nelnet’s Board of Directors since November 2018.

Ms. Bansal has extensive experience in law, banking, financial services, regulation, government, and U.S. diplomacy. Her experience has included serving as general counsel and senior policy advisor for the president of the United States in the federal Office of Management and Budget, which oversees and coordinates all of the budgetary, regulatory, and management activities and initiatives of the departments and agencies of the federal government on behalf of the president; as global general counsel for litigation and regulatory affairs for HSBC Holdings in London; as partner and practice chair of the international law firm Skadden, Arps, Slate, Meagher & Flom LLP in New York City; as Solicitor General of the State of New York, where she helped lead 600 attorneys in the New York Attorney General’s Office; and as Chair of the U.S. Commission on International Religious Freedom, a federal government human rights commission focused on promoting U.S. foreign policy interests in religious freedom and interfaith cooperation around the globe.

Ms. Bansal has been a lecturer, senior advisor, and visiting scholar at the Massachusetts Institute of Technology, and is co-founder and CEO of Social Emergence Corporation, a not-for-profit, social benefit organization. She is a Henry Crown Fellow at the Aspen Institute and a member of the Council on Foreign Relations.

A native of Lincoln, Nebraska, she is on the Advisory Board of the Johnny Carson Center for the Emerging Media Arts at the University of Nebraska, on the Community Advisory Committee of the Superintendent of Lincoln Public Schools, an Honorary Board member of the Interfaith Center of New York, and on the Advisory Committee of the Pluralism Project at Harvard University. She has lectured on ethics and policy with respect to emerging technologies at MIT and at Singularity University in Silicon Valley. From 2015–2016, she served by appointment of the president of the United States as a member and committee chair of the President’s Advisory Committee on Faith-Based and Neighborhood Partnerships, focusing on poverty and inequality in America. 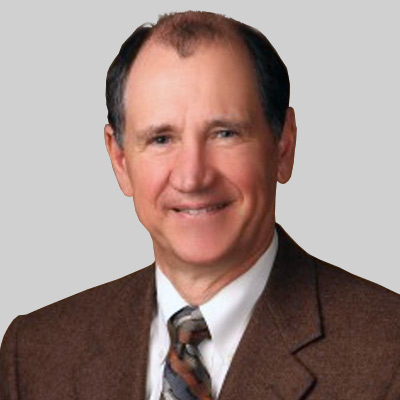 William R. Cintani has been a member of Nelnet’s Board of Directors since May 2012, and is currently the Chairman and Chief Executive Officer of Mapes Industries.

Mr. Cintani graduated with a Bachelor’s of Mechanical Engineering in 1974 from Lehigh University. He served for 10 years as a member of the Board of Directors for the company’s asset-backed securities special purpose corporations.

Mr. Cintani’s position on numerous civic, philanthropic, and service boards have provided him with a wide array of experience in both corporate governance and operations. His practical knowledge and board experience provides the company with a resource for all aspects of finance, operations, IT, and strategic planning.

Mr. Cintani is a member of the Audit and Risk and Finance committees. 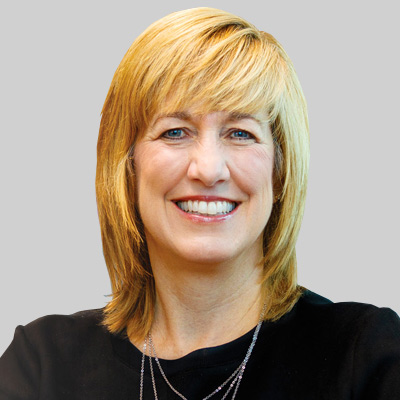 Kathleen A. Farrell has served as a member of Nelnet’s Board of Directors since October 2007. Possessing admirable expertise in corporate finance, executive turnover, and executive compensation, Dr. Farrell is a Professor of Finance and Chair of the Finance Department at the University of Nebraska – Lincoln.

An active board member, Dr. Farrell serves on the Audit, Executive, and Compliance committees, in addition to her leadership role as the Chair of the Risk and Finance committee. 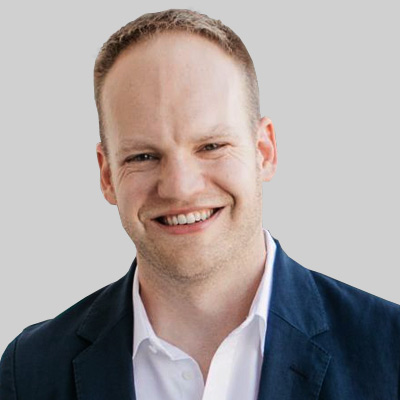 David S. Graff has been a member of Nelnet’s Board of Directors since May 2014. He is the Chief Executive Officer of Agile Sports Technologies Inc., otherwise known as Hudl.

Mr. Graff graduated from the University of Nebraska – Lincoln with an undergraduate degree and MBA from the Jeffrey S. Raikes School in Computer Science and Management. In his current role, Mr. Graff is the CEO of Hudl, a Lincoln, Nebraska-based company that provides online video analysis and coaching tools for professional, college, high school, club, and youth teams and athletes.

An Omaha, Nebraska native, Mr. Graff also serves on the Raikes School Advisory Board. In 2010, Mr. Graff and the other Hudl co-founders were featured on Inc. Magazine’s 30 Under 30 list.

Mr. Graff serves as a member of the Risk and Finance and Nominating and Corporate Governance Committees, in addition to his leadership role as Chair of the Compliance committee. 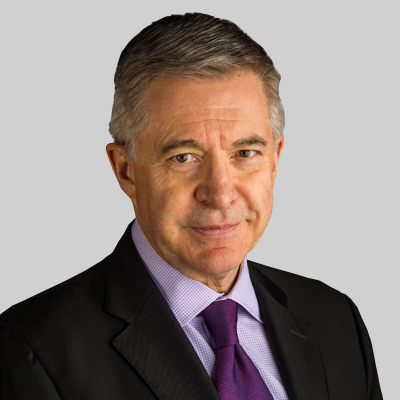 Thomas E. Henning has served as a member of Nelnet’s Board of Directors since August 2003. He currently serves as President and Chief Executive Officer of Assurity Group Inc. and its wholly owned subsidiary, Assurity Life Insurance Company.

Mr. Henning is a 1975 graduate of the University of Nebraska – Lincoln, as well as Stonier Graduate School of Banking at Rutgers University. He also has completed the Wharton School’s Effective Management Program, as well as a comprehensive program of study by the National Association of Corporate Directors (NACD). Mr. Henning holds the CLU and CFA designations and has been named an NACD fellow.

Previously, Mr. Henning served concurrently as President and Chief Operating Officer of National Bank of Commerce of Lincoln, Nebraska, and Executive Vice President of First Commerce Bancshares between 1985 and 1990. Mr. Henning is a member of the Investment Committee for the Lincoln Community Foundation, Chairman of the University of Nebraska Foundation Board of Directors, a member of the Great Western Bank Board of Directors, member of Lincoln Plating Company’s Advisory Board and on the board of Stockmens Financial Corporation.

Mr. Henning serves as Chair of the Audit committee, as well as a member of the Executive and Risk and Finance committees. 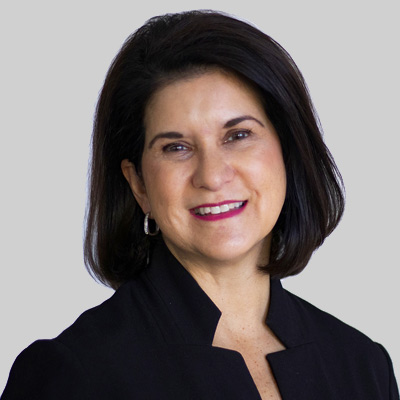 Kimberly K. Rath has served as a member of Nelnet’s Board of Directors since October 2007. Ms. Rath is currently the Chairperson for Talent Plus Inc., a global human resources consulting firm.

Ms. Rath is a graduate of the University of Nebraska – Lincoln and a recognized leader in the field of executive development and human resources.

Ms. Rath is a member of the Young Presidents’ Organization as well as Cather Circle, Nebraska Alumni Association’s mentoring and networking program for women. She previously served as a member of the Lincoln City/County Child Care Advisory Board. She also had a leadership role on the Executive Advisory Board for the Nebraska Center for Entrepreneurship and helped the Center gain recognition as the No. 1 Undergraduate Entrepreneurship Education Program in the country by the United States Association of Small Business and Entrepreneurship. Ms. Rath was a 1998 and 2005 nominee for the Lincoln YWCA Tribute to Women Award.

Ms. Rath serves as the Chair of the Talent Development and Compensation committee as well as a member of the Nominating and Corporate Governance committee.