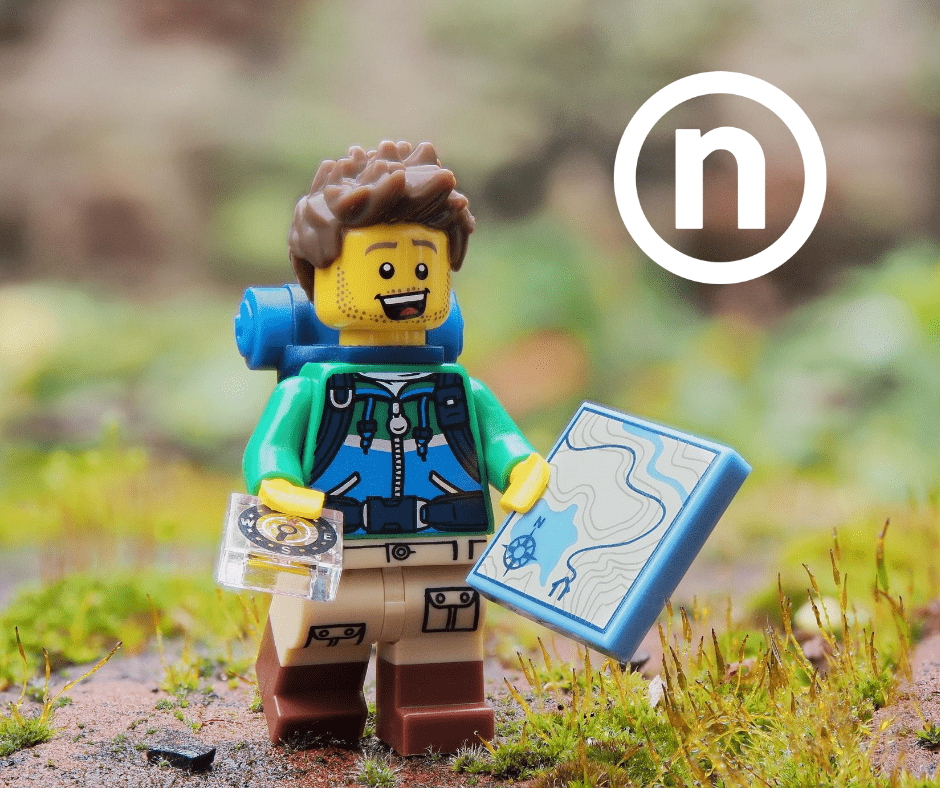 With so much time spent at home this year, many associates are probably finding new and interesting ways to spend their time. There are only so many shows on Netflix, and it’s natural to want to invest your time and energy into a hobby. Since there’s so many wonderful Nelnet associates out there, we thought it would be fun to explore the hobby of a few creative builders among our ranks.

John Olive, a CIC loan servicing supervisor, and Quade Swanson, a TPD call center team leader, have both been Lego enthusiasts since they were little. Give them a bucket of bricks and they’ll build things you wouldn’t believe. Best of all, these two were nice enough to answer some questions about their favorite hobby.

How long has Lego building been a hobby of yours?

John – I’ve been building with Lego since I was probably five years old. I still remember my first set, and while the parts have all been mixed in with my lot, I did repurchase the set as it’s now a collectors’ item.

Quade – I’ve been building with Lego ever since I was a little kid. It was how my brothers and I bonded with my father. He was a traveling salesman and wherever he went he had this habit of going into thrift shops and finding huge boxes of Lego that he would bring home. By the time I was eight we had over 10 huge tubs of Lego at our disposal.

What originally sparked your interest in Lego?

J – At first it was building cool things and letting my creativity run wild. I would build mostly cars and spaceships, but I really enjoyed making big cities with the small amount of Lego I had when I was young.

Q – I really liked playing with Lego because there was no rules. You could build anything you could put your mind to. No matter what we built my father would always come down to see what we had created and asked 20 questions about the creations as he started to build his own thing with us. My brothers, father, and I all have different hobbies that one another don’t really know much about, but the one thing that always brings us together is our love for playing with Lego.

What makes Lego building such a great hobby?

J – It’s not just for kids. It’s for all ages, and what’s great is the Lego company recognizes that and makes some adult specific sets for us too.

Q – There isn’t a right or wrong way to build Lego, and it’s interesting to see how someone will decide to start a build, will they follow each individual step? Will they build the set based off the photo on the box? Or will they use the Lego they have to build something entirely different? No matter the choice they make, they will have fun working on it and you can see the satisfaction in their eyes when the build is complete. Building with Lego can teach patience, creativeness, and problem solving.

Do you have a strategy when you’re building or do you just let your creativity do its thing?

J – The funny thing about Lego is that when I see things in real life, I think about how I can replicate it with Lego. Buildings are fun because I like the challenge to recreate it as close as possible. But when I really want to be creative, I may be inspired enough to make a quick sketch on paper and try to replicate it. Those are some of my favorite builds.

Q – If I am building a set I like to open each individual bag and divide out each Lego piece type in different piles, and then I follow all the steps to finish it. When it comes to building my own creations, I like to start by doing the larger, more noticeable items I see in a photo and then work my way down to the actual ground I’ll be using to place the items on.

What is your proudest Lego achievement?

J – My proudest was recreating the Wells Fargo building in miniature scale and then presenting with some friends that built Nebraska landmarks at the State of Nebraska Board of Engineers and Architects. It was rewarding for them recognize the building and talk about the architect with me. Also, any commission builds I’ve done have been fantastic experiences that I will never forget.

Q – I would say as of now my proudest Lego achievement would be having Han Solo and Lando’s Millennium Falcon from Star Wars. I’m still waiting on permission from my wife to get my holy grail, which is the Millennium Falcon Black Series set 75192, and then being able to build a Death Star hangar bay to set it in.

Do you have kids? Have you passed your love of Lego on to them?

J – I have two little ones, and my oldest, who is six, can’t wait to get down into the Lego room and start playing with the bricks. He’s more into the playing side of things, but I enjoy watching him flex his imagination with it.

Q – My wife and I just had our first child this March. His name is Liam, and he may or may not be named after Liam Neeson, who played Qui-Gon Jinn in “Star Wars: Episode I – The Phantom Menace”. My wife will not agree that this was the reason we named him that but, that’s why I agreed to the name. I will teach him about Lego as soon as he is old enough. He likes to look at the different Lego sets I have on display in his room, and has started grabbing some of them to move (with adult supervision).

How has the quarantine affected your Lego usage?

J – Really? It’s gotten way worse. I’ve added a 5-by-8 foot table for a town layout I want to build and have received some commission work that has kept me busy late night building. There’s never enough Lego bricks!

Q – I have definitely dusted off a lot of the different Lego sets I have around the house more often than I ever have. I have done a little more work to some of my backdrops that I have, but I am currently waiting to get more parts.

It’s important to find things that you enjoy that can help you expand your creativity and connect to those around you, which is exactly what John and Quade have built through their love of Lego. If you have a hobby of your own that you’d like to share, we’d love to hear about it.

Post your favorite hobby on social, tag Nelnet Careers, and use #LifeAtNelnet.